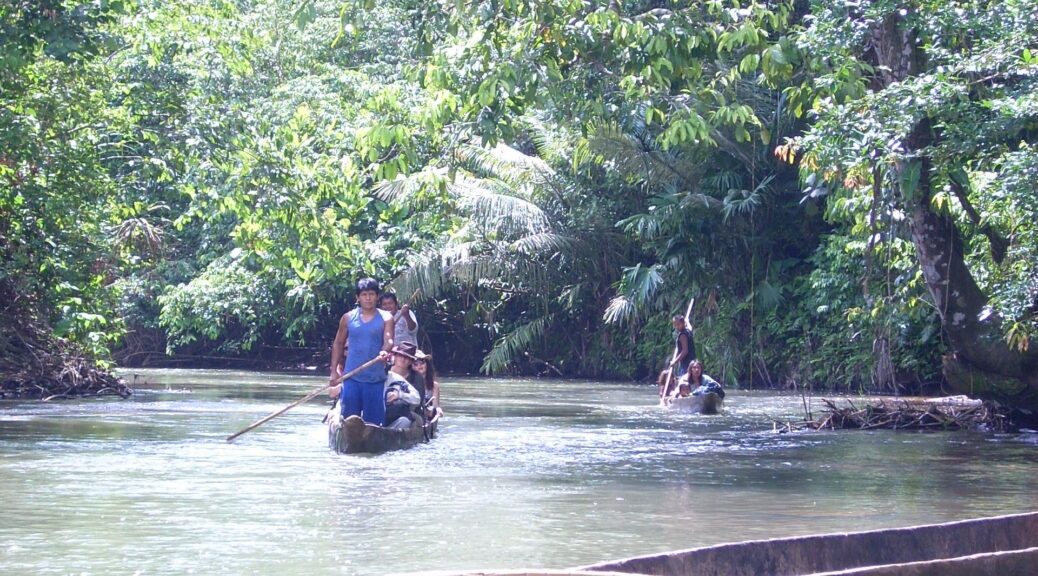 As the UN convenes the Biodiversity Summit in New York, Joji Cariño, Andy Whitmore, Milka Chepkorir and Claire Bracegirdle argue the case for centering the knowledge of indigenous people and local communities in the fight against biodiversity loss.

September has brought several urgent reminders that we are failing to protect nature: WWF’s latest Living Planet Report tracked a 68-per-cent decline in global wildlife populations – even faster than the 2018 edition. The UN has also announced that none of the Aichi Biodiversity Targets will be met.

Meanwhile, wildfires linked to global warming are sweeping California, and a second wave of Covid-19 (a zoonotic pandemic – ie one that has crossed from animals to humans – which are made more likely by increased deforestation) gathers pace in Europe.

Action is urgently needed. And this week, the UN Summit on Biodiversity will bring world leaders together to address the alarming loss of nature. Negotiations to replace the Aichi Biodiversity Targets are ongoing, and this months’ news is a stark reminder of the importance of ensuring that the next set of international commitments to protect biodiversity are successful.

In our rush to protect nature, however, we need to centre the perspectives, experiences and knowledge of indigenous peoples and local communities – not continue to marginalize them. Some of their vital contributions to the protection of biological and cultural diversity were drawn together in Local Biodiversity Outlooks, also published earlier this month.

If world leaders are serious about protecting nature, we outline three lessons that must be heeded:

1 Take away the incentive

It sounds simple, and yet it’s not being done: we must stop doing the things that are causing biodiversity loss. At the moment our economic system is actively geared to incentivize the destruction of nature. In 2019, the Organization for Economic Co-operation and Development estimated that subsidies to industries that are harmful to biodiversity total $500 billion a year, about 10 times the amount of global funding set aside for biodiversity conservation and sustainability. Brazil, for example, subsidizes deforestation-linked industries by an estimated $14 billion each year – and then spends $158 million a year to prevent deforestation.

n 2010, as part of the Aichi Biodiversity Targets, governments across the world agreed to eliminate, phase out or reform incentives (including subsidies) that are harmful to biodiversity. However, progress has been slow. Over the last decade, few governments have even identified the relevant incentives, let alone worked to reform them. Meanwhile, and supported by these skewed incentives, unsustainable production systems have intensified.

World leaders must grapple with the fact that it is impossible to stem biodiversity loss without addressing incentives, or our extractivist economic system more broadly.

“Progress has been slow – few governments have even identified the relevant incentives, let alone worked to reform them”

While the human rights impacts of exclusionary conservation practices are now better known, environmentalism’s racist history casts a long shadow. The environmental movement that emerged in Europe and North America in the wake of the industrial revolution attributed new value to the ‘wild’, casting these areas devoid of human interference as a representation of nature in its most abundant and pure form. The considerable role that human societies have played in supporting and stewarding these environments has been overlooked.

Over the years, the idea that people are bad for nature and that the best way to protect an environment is to remove the people has led to numerous evictions, violence, the loss of property and other human rights abuses.

This is ongoing: between 1990 and 2014, approximately 250,000 people in 15 countries were evicted from protected areas. Exclusionary approaches to conservation also risk the loss of important knowledge held by indigenous peoples and local communities – something that is increasingly recognized as key to preventing further loss of biodiversity.

We need to transform conservation towards collaborative, rights-based approaches.

3 Get behind what works

Sadly, conservation efforts led by indigenous people remain largely marginalized. The roles and contributions of local communities in protecting biodiversity are still excluded from most national biodiversity strategy and action plans. At the same time, however, their efforts are known to be one of the few bright spots: while under increasing pressure, nature managed in this way is generally found to be declining less rapidly than in other lands.

One easy way to support indigenous peoples and local communities is through the recognition of their land rights. Despite owning or managing up to 50 per cent of the world’s lands, communities only have legal ownership of 10 per cent. Secure land tenure will facilitate many communities’ ongoing protection and restoration efforts.

Another important consideration is funnelling resources to local action. Part of the shift that is needed in conservation practice is towards community-managed, locally-led initiatives. At present, while there’s insufficient data to properly assess the overall amount of funding available for the efforts of indigenous peoples and local communities, it’s highly likely that the amount they receive is in no way commensurate with what they contribute to global efforts to meet the objectives of the Convention on Biological Diversity.

On Monday 28 September, the leaders of 70 countries (and counting) signed a 10-point pledge committing to stem biodiversity loss. Wednesday’s summit will see this momentum continue. But, as the UN’s Achim Steiner has noted, if is to have any hope of success, indigenous peoples and local communities ‘must be an integral part’ of global efforts to protect biodiversity.

Joji Cariño has been an active campaigner and advocate over the past 35 years on indigenous peoples’ human rights, at community, national and international levels.

Andy Whitmore is a researcher and activist specializing in extractive industries and indigenous peoples.

Claire Bracegirdle works for Forest Peoples Programme and is a PhD candidate on community-led conservation.

Milka Chepkorir comes from a Sengwer community and has for many years advocated for the recognition of their land rights.